Sooner or later you will want to consider exchanging your older fleet of forklifts for newer ones. One way to receive value back for your older lifts is to trade them in. A forklift dealer isn’t going to accept any forklift. Instead, there are certain things they look for to assure to themselves that there is value in the machines you wish to trade-in. 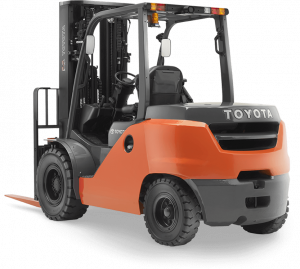 Toyota forklifts have greater value in a trade-in than other manufacturers’ lifts.

Things that dealers have in mind when deciding on accepting a forklift trade-in include:

Obviously, dealers are not going to consider forklifts for trade-in that have experienced their best days. The lift at least needs to run well and not be too old. That’s why it’s recommended that forklift fleet managers and operators make certain that their lifts are well maintained. If you execute a regular, consistent maintenance program, then you’re in good shape in receiving a good trade-in proposal.

Dealers suggest that you perform a tune-up before bringing in the forklift for trade-in evaluation.

Age and Hours of Work

If you have traded in your car, then you know that low mileage increases the trade-in value of the vehicle. In the case of forklifts, lower-than-average hours of work are what dealers look for. They base their calculation on a single-shift operation of 8-hours on an average workday. According to their calculations, an average forklift operates for 2,000 hours a year. The average lifespan of a forklift is 10,000 hours depending on the manufacturer.

Other considerations that add to rapid aging of a forklift include:

• Cold temperatures
• Lifting heavy stacks
• Whether the lift is used for multiple shifts per day.
• Whether the forklift was well maintained.
When the meter reaches 10,000 hours, the value of the lift starts to tank appreciably. This is true whether the machine is electric or gasoline powered.

A guideline that many dealers use is this:

Some forklift brands have a better tradition of lifespan of their products than others. For example, the lifespan of Toyota forklifts are 25,000-30,000 hours. If your trade-in is a Toyota with more than 15,000 hours, you can expect a good return versus non-Toyota forklifts.

If the lift you want to trade-in is electric, then battery maintenance is essential. If the lift has a dead battery, then it’s a dead forklift. An electric forklift with a good functioning battery and charger will increase the trade-in value.

Obviously, you are not going to get an old forklift you’re presenting for trade-in looking like it’s brand new. However, getting it as nice-looking as you possibly can add to the value.

Clean up the machine as much as possible. If there is damage to the forklift like dents that can’t be fixed, have an explanation.

As your forklift ages, keep in mind its trade-in value when you’re ready to let it go. Maintain it well and consider a trade-in before it reaches 10,000-hours or its 10th year anniversary. That will get you the best value on a trade-in. Keep in mind that older forklifts aren’t worth much because they reach a point where they just can’t meet EPA standards and are considered a safety risk.