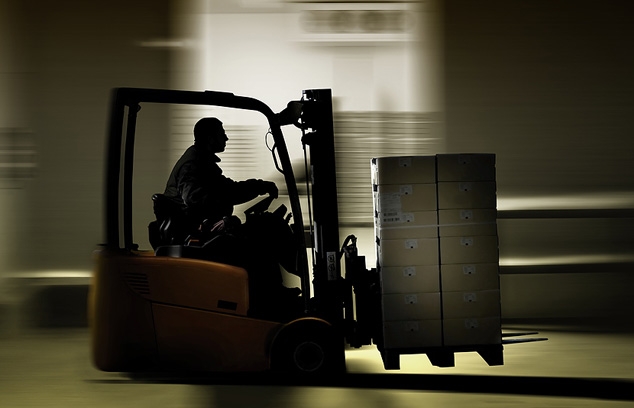 Which came first, the pallet or the forklift? Like chickens vs eggs, it’s not an easy question to answer. The first lift truck was actually more like a crane. The forks came later and although George Raymond and Bill House are credited with receiving the first patent for a pallet, it’s a good guess forklift owners were knocking out their own pallets long before Raymond and House claimed the patent.

For generations, wooden pallets were the only pallets used. In fact, forklift designs were tweaked to accommodate lumber, which was cheaper, but not as strong as steel. It was only a matter of time, though, before someone came up with the idea of a plastic pallet. Plastic pallets were slow to catch on, but once they did, they started to give wooden pallets a run for their money and the fight between them is shaping up to be worthy of another Rocky sequel.

Which type of pallet is better for this forklift driver?

GreenBiz.com is a website devoted more to green business practices than the practical benefits of wooden pallets vs plastic pallets, but according to them, that’s exactly what pallet manufacturers are fighting about. On one side of the ring, the National Wooden Pallet and Container Association (NWPCA) says they didn’t want to pick a fight but were forced to respond to plastic pallet manufacturer iGPS’s “campaign of misinformation and intimidation.” On the other side of the ring, iGPS says that wooden pallets are “dangerously” unhygienic.  Things may not have gotten quite so out of hand if 60 Minutes hadn’t picked up the story and run a segment about it. Since then, the gloves have come off and the fight seems to be getting serious.

Before you pick a side to back and replace your wooden pallets with plastic pallets (or vice versa), there are a couple of things to consider:

1. Unless you use your used forklifts for handling consumables, you needn’t worry too much about the bacteria levels in either plastic or wooden pallets.
2. If you’re concerned about the environment, there are good arguments both for and against both types of pallets.

A more practical and less inflammatory question may be: “What type of pallet is better for my forklift?” According to PNG Logistics:

• Wooden pallets are repairable; capable of carrying greater loads than plastic pallets and are fully recyclable.
• Plastic pallets are clean and can easily be cleaned; do not harbor bugs, and do not contain fastenings that can damage goods.

On the downside, plastic pallets cost up to 3 times as much as wooden pallets and are not repairable. These are probably 2 of the main reasons why plastic pallets have only penetrated about 10% of the pallet market.

Whether you’re on the plastic or wooden pallet side of the ring, one thing is for sure: both of them would be useless without a forklift. There’s no need to jump into the ring, but your choice of pallets may at least partially hold the key to the type of used forklift you need. Check out the full range of used and reconditioned forklifts on forkliftaccessories.com and you’ll find what you need.