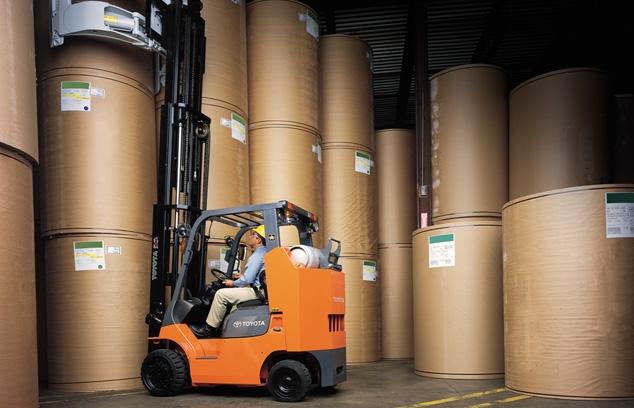 We all want to do our part to help the environment, but not at the expense of our business. What good will it do the planet if we go out of business trying to go green and a competitor who doesn’t give a darn picks up our customers? Business consultancy Alix Partners asked supply chain executives why they went green and came up with some interesting replies.

According to those surveyed, supply chain executives agree that sustainability is an important issue, but it cannot come as a company expense. Instead, they look for areas where they can gain more than just good PR by adopting green policies. Nearly 3/4 of U.S. executives surveyed said they did have green policies in place, but only around 30% of them said they adopted policies that cost them more than 2% to implement.

An efficient workplace is a green workplace

Where Going Green can Save Greenbacks

Regardless of where they stand on the sustainability issues, all supply chain executives agree that the best green policy is a policy that can save money or improve profits. Interestingly, few executives felt the PR benefits of going green outweighed the costs because the majority of their customers were more interested in the price of their services than their sustainability policies. They did, however, cite key areas where green initiatives both saved greenbacks and contributed to better public relations. These were, in order of importance:

When asked what they considered were the most important issues surrounding sustainability, over 40% of respondents agreed that reducing carbon emissions was of paramount importance. A nearly equal number cited increased fuel economy as their priority. Other concerns included packaging and mileage. It’s noteworthy that reduction of carbon emissions, fuel efficiency, and mileage reduction are all closely related.

It’s no secret that the world economy is still fragile. Supply chain executives are well aware of this and few are willing to take a chance on costly green initiatives when they have business survival to think about first. In the U.S., less than a third of survey respondents said they would adopt green policies that didn’t show potential for greater returns on investments. Their European counterparts were more willing to make financial sacrifices for the environment, with over 60 percent saying they would adopt green policies that did not promise a return on investment.

When it comes to going green vs making greenbacks, one thing is for sure: if you can go green and make more money at the same time, there’s no reason not to. It seems to boil down to logistics and energy conservation. Do you still throw a box in the back of a truck to make a delivery across town? If so, maybe it’s time to tighten up your delivery schedule. Is your warehouse or factory set up to run as energy-efficiently as it could? If not, maybe you should look at ways to shave your energy expenses without sacrificing productivity.

We live on a fragile planet and still have a fragile economy. That means we have to start thinking smarter. Wherever going green and greenbacks can go hand-in-hand, that’s the best direction for all of us to go.

source for this article: The 2013 Executive Survey on Supply Chain Sustainability, Alix Partners