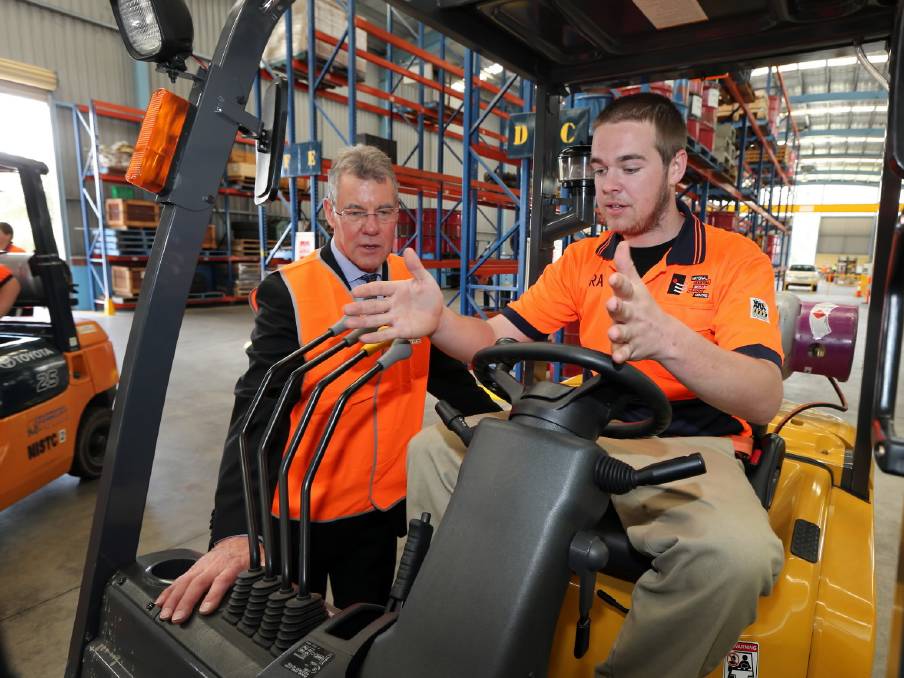 In society and business, if we want to move forward we have to both look-ahead and behind. We look ahead toward our goals, but we also need to look behind and identify those things that be holding us back from achieving those goals. Sometimes, one of our trade partners can show us the way forward.

Australia, like the United States, has a strong working-class tradition. In spite of Australia’s buoyant economy, many young Australians are losing their way because their lack of education makes it difficult or impossible for them to find work. One of the ways Australia is tackling this problem is with the introduction of free forklift training programs in selected areas where youth unemployment is particularly high.

An example of this is the Wodonga TAFE college. TAFE (Technical and Further Education) colleges are an important part of the Australian educational system, offering low-cost courses in a variety of important trades. In cooperation with Junction Support Services, an organization dedicated to helping under-educated young men and women, Wodonga TAFE has taken it a step further with a free warehousing certificate course. Designed to give young Australians entry-level training, the course has successfully helped dozens of young Australians find meaningful employment in the materials handling field.

Upon completion of the course, which includes forklift operation training, students are awarded TAFE certificates they can use to apply for jobs in the warehousing industry. Often, the certificate is enough to convince employers to take them on as apprentices. Without the certificate, young adults who made mistakes earlier in life usually find themselves paying for those mistakes for the rest of their lives. With it, they find meaningful employment that gives them the opportunity to acquire further skills and a fresh start in life.

The Albany-Wodonga district of Australia is located on the border between the states of New South Wales and Victoria. An important agricultural area, it is midway between Australia’s two largest urban areas, Sydney and Melbourne. In many ways, the area is similar to America’s heartland, where youth unemployment is particularly high. While youth unemployment in Australia is lower than in the U.S. overall, it is as high as 25% in many fringe areas.

Statistics show that in 2012, some 16.2% of Americans between the ages of 15 and 24 were out of work. While this is much better than in 2010, when it reached a peak of 18.2%, it is still far higher than before the 2008 recession, when youth unemployment hovered around the 10% mark. The real tragedy of this is that when a person cannot get work when they are young, they are unlikely to find meaningful work later on. Those who are left behind during an economic slump are often doomed to be left behind after an economy recovers.

Material handling is at the heart of the industry. Giving a young person a start as a forklift operator today could very well be their ticket to a brighter future. Think about that next time you need a new employee. If they show initiative and a willingness to learn, a young worker could be your greatest asset. In turn, you will have the satisfaction of knowing you helped them secure their future.