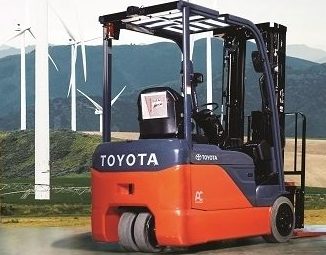 The last decade has been an exciting one for anyone associated with forklifts. We have seen innovations that less than 15 years ago were not even a seed in the minds of forklift manufacturers’ research and development departments.

With the advent of telematics products, fleet managers now have a device that is loading them up with so much data that they are having difficulty keeping up with it. 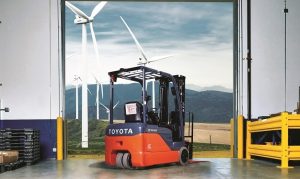 A survey of fleet managers performed last year discovered that the integration of fleet management software into their business was “not very” or “not at all” successful. More than half said that they were “somewhat” successful. During the last decade there has been a concerted effort to improve lift truck efficiency.

Forklift manufacturers have performed the most if not all of these innovations. However, now these manufacturers are cooperating with tech companies. The result has been faster and less expensive forklift innovations.

Some of the innovations have been revolutionary and, yes, somewhat disrupting. The introduction of automatic guided vehicles (AGV) has disrupted the labor market, but has made such an impact that it is changing how forklift operators work.

You can say that the forklift has evolved into a mini-computer. And as start-up tech companies have decided to get involved in the forklift market, the innovations they have wrought have proven to be a great fit for the material handling business.

Forklift Platform As A Service

The tremendous innovations of the last 10 years or so have led to the concept of the forklift platform as a service (PasS). The idea is to develop lift trucks that can interface with all kinds of hardware and software including things that haven’t even been invented yet.

That’s because it’s been discovered that lift trucks last for seven or even as long as 10 years. During that time large leaps of technologies occur. The fact that forklift manufacturers and tech companies are now cooperating means that the forklift will be integrated with a lot of different high-tech devices, even with those that weren’t even around when the forklift was manufactured and first sold. Thus, the lift will be able to adapt to new capabilities.

We may be at a time when a tech company creates an object detection sensor that can simply be plugged into the lift truck. The capability is built into the lift before hand and the owner doesn’t know it until the new technology is introduced. Thus, the concept PaaS. You’re paying for what you need until you discover that you need something else.

This evolution will have an affect on the labor market. While the unemployment rate has been low, there has been significantly high turnover.

The Bureau of Labor Statistics recently reported that the 12-month average turnover rate in the warehouse trade is 44 percent. The average cost to place a new employee is $4,200, with the median being $2,000, according to a Society For Human Resource Management report.

As a result, warehouses are inclined to move staff into high-value jobs causing a need for more automation of the easy tasks. Much of the new automation technologies are focused on assistance from the operator, not the replacement of the operator.

So, the way employees may work may change, but there will always be a need for them.

As we enter the brave new world of cooperation between forklift manufacturers and high tech companies, fleet managers and warehouse personnel should reap many benefits.